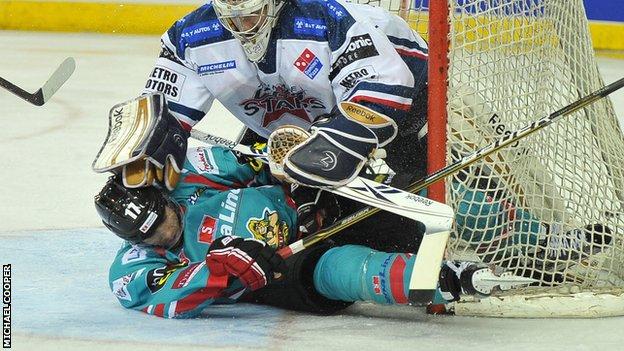 After a goalless opening period, AJ McLean struck Dundee ahead with a deflected effort past Stephen Murphy.

However, Sandrock got the Giants on terms within three minutes before his winner midway through the final period.

Belfast, who had a win and a shoot-out defeat against Nottingham last weekend, are away to Sheffield on Sunday.

There was a minute's silence as a mark of respect to the Spence family prior to Thursday's game at the Odyssey Arena.