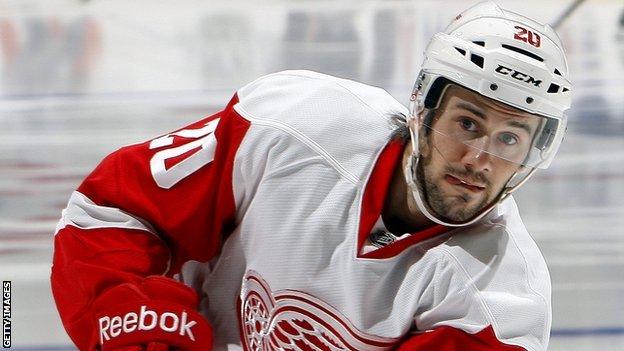 Miller was part of the Anaheim Ducks team who won the Stanley Cup in 2008.

The American will join up with the Clan on Wednesday and is expected to play in the weekend's matches against Dundee Stars and Edinburgh Capitals.

"I am happy to have signed a contract with the Clan and I look forward to getting over there and working with the guys," said Miller.

After 53 games for the Ducks, Miller moved to Tampa Bay Lightning before joining the Red Wings in 2009, for whom he made 213 appearances.

He was available having been caught up in the current lockout over pay and contracts in the North America's National Hockey League.

"It is a true honour to have a player of Drew Miller's calibre on the team," said a Braehead Clan spokesperson.

"To have an NHL player from such a renowned team join us is just fantastic.

"This truly is a huge thing for this club and for hockey fans in the Gardner Conference, and we are delighted to have Drew on board."