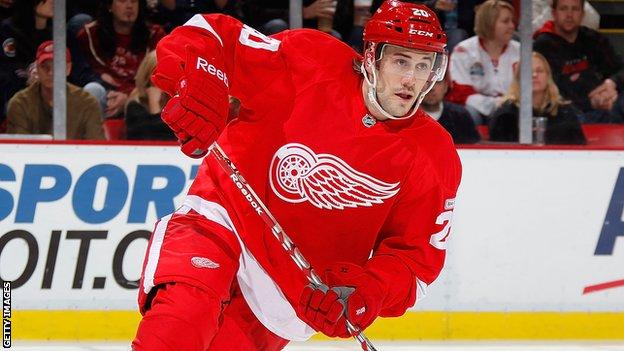 Drew Miller showed the reason why Braehead Clan brought him over from his NHL lockout hell as his winner sealed a huge win over Fife Flyers.

The Detriot Red Wings forward popped up in the last minute to fire the puck home as Braehead beat their Kirkcaldy rivals in dramatic fashion on a pulsating night of ice hockey.

In what was a terrific advert for the sport in Scotland, Fife Flyers started the much dominant side and got their rewards in the first period.

After Steven McAlpine got the better of Ryan Watt in an early scrap, this gave them a timely boost as Casey Haines' excellent turn and shot beat Clan keeper Garrett Zemlak for the first goal.

Todd Dutiaume got an assist on the second when he fed John Dolan on the inside and the former Star flicked the puck in to the roof of Zemlak's net for the second.

Braehead came out fired up and Bobby Chaumont got them back on track when he was on hand to tap in Ash Goldie's rebounded shot.

Then the Clan forward added his second of the night when Steven Birnstill's puck into the crease had Flyers struggling to clear, but Chaumont was there again.

Parity was barely two minutes old when Jason Pitton's shot from the right forced a scrappy clearance, with Kris Hogg slipping the puck under Zemlak as Fife retook a goal lead.

The home side weren't out of it yet as again Chaumont turned up with a tap-in, finishing Mitch Maunu's shot from the blue line as Braehead levelled once again.

The third period was a nip and tuck affair as both sides tried to gain the advantage, but didn't get much in the way of luck.

But it was the Clan that got the winner with 36 seconds to go as Miller swiped in a first timer from Goldie's pass, leaving Fife netminder Bryan Pitton beaten and his team shattered.

He said: "Fife are such a hard working team and before we knew it, we were 2-0 down. But we got that early goal in the second period and we rolled on from there.

"Zemlak made some vital saves to keep us in it as well and with it, we were able to come back. It shows a lot about our team and the character we had to get a great win."

Fife's player-coach Todd Dutiaume said: "It was a hard one to take, especially when I felt we were in control after the first period, but we took our foot off the gas and they upped the ante.

"We got off to a fantastic start to the season, but losing to Braehead and to Edinburgh last week shows that Gardiner Conference wins are must wins without question."