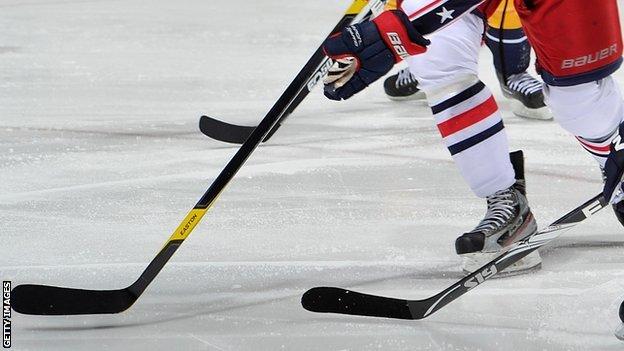 The Canada-born Steelers player, 31, gets a debut call-up after receiving a British passport this summer.

GB face Romania, Korea and hosts Japan in the four-team competition from 9-11 November in Nikko.

"We can take inspiration from all those gold-medal winners at the Olympics as we begin our path to Sochi," said Hand.

"We have a very competitive squad, even though we are missing some players, and I am convinced we can do well.

"We have a tough challenge ahead, but this squad is capable of great things and the next stage is certainly achievable."