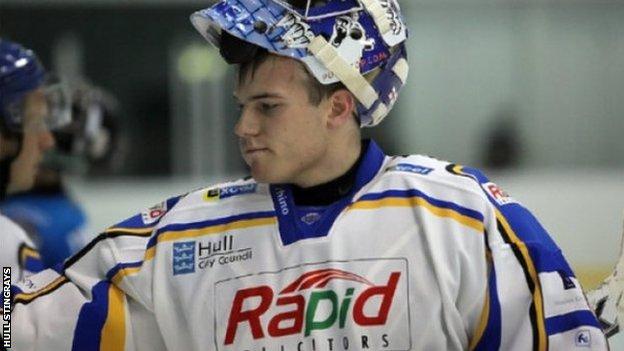 Bowns, 21, has been named in the Great British squad that faces Romania, Korea and hosts Japan in a four-team Olympic pre-qualifying competition from 9-11 November in Nikko.

He told BBC Radio Humberside: "It would be huge, I can't remember the last time we reached an Olympics.

"The game is on the way up and it's not out of reach for us."

He added: "It's going to be a tough group with facing the hosts. I think we're the best team there and we'd be favourites if we were hosting."

Britain will need to win the group to progress to the final qualification tournament for the 2014 finals in Sochi, Russia.

The country has not taken part in the Winter Olympics since 1948, when it finished in fifth, largely because previous teams did not qualify for the Games.

But the British were Olympic champions in Germany in 1936 and took the bronze medal in 1924.

Bowns, who has been involved in the senior squad for the past two World Championship campaigns, is relishing being an Elite League regular at such a young age.

"There's not many young Brits in the league and I probably didn't expect it this early in my career," he continued.

"It was kind of a surprise but at the same time I felt like I was ready for it.

"It was a big wake up call with how precise the shooting is and how quick passing is but I'm finding my feet now."

The Stingrays are currently eighth in the 10-team Elite League, having won two of their nine fixtures so far this season.