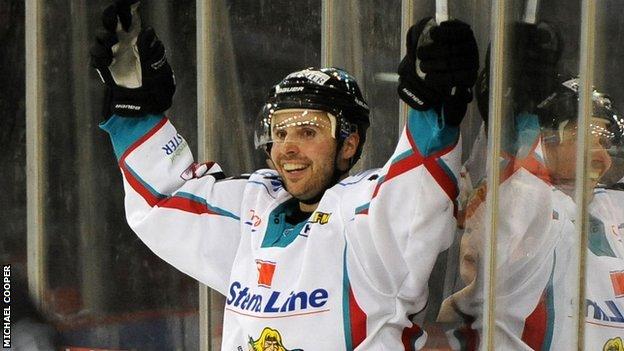 Jeff Mason has returned to the Belfast Giants after leaving his Norwegian club earlier this month.

The American was the Elite League's top-scoring defender last season as he helped the Giants to the title.

"It is a great city with great fans and I look forward to pulling on the Belfast jersey once again," said Mason.

Mason could be cleared in time to play in the top-two double-header against Sheffield Steelers on Friday and Saturday at the Odyssey Arena.

The Steelers hold a one-point advantage over the champions going into the two matches, although Belfast have three games in hand.

"I am extremely excited to be returning to Belfast and look forward to contributing to what has already been a great start to the season for the team," added Mason.

"Belfast has a long-standing tradition of winning and doing things the right way."