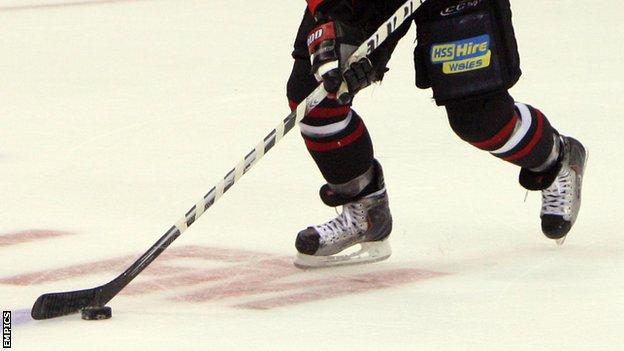 The Elite League is to review an incident at the end of Sunday's Challenge Cup match between Cardiff Devils and Coventry Blaze.

A number of players and staff from both teams were involved in a fracas after the game, which the Blaze won 3-2.

A committee from the Elite League will study footage to see if any further disciplinary proceedings are needed.

Olson's match penalty had been given for the way he used "excessive roughness" towards a Devils supporter as he left the ice.

Elite League spokesperson Tony Smith said in a statement: "The League is aware of an incident following the conclusion of the Challenge Cup match on Sunday.

"As a league, we will be investigating the allegations made and will be working in conjunction with Cardiff, Coventry and the Cardiff Ice Rink.

"Once CCTV footage has been reviewed and reports gathered from Elite League officials and rink-side staff, we will issue a further statement.

"Ice hockey is a family sport and it is important we uphold that good reputation."

Coventry's win ensured that they booked their place in the Challenge Cup quarter-finals at the expense of their Welsh counterparts.