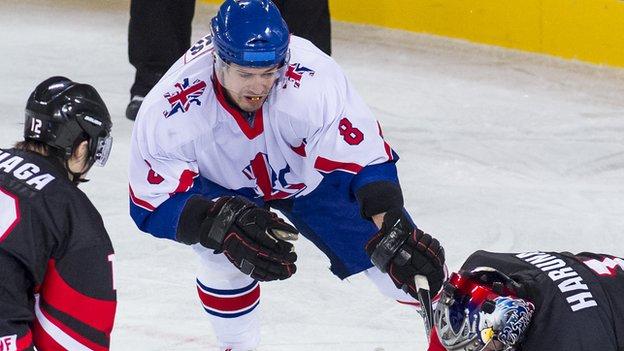 Edinburgh Capitals' recent dismal form continued as their defeat to Nottingham Panthers saw them go a second consecutive game without scoring a goal.

Add to that the fact the club have only one win from their last eight highlights the form slump they are currently experiencing.

But against a team like Nottingham Panthers, any joy they were hoping to get was slim, especially after the way they destroyed Braehead Clan 5-1 on Friday night.

The Caps certainly showed no fear in the opening period as they thwarted some early Panthers' attempts, but also looked capable of catching them on the break as well.

Matthew Myers got the opener for the visitors as Robert Lachowicz's pass found him as he skated into the middle and he sent his first time shot past Caps goalie Tomas Hiadlovsky.

Stephen Lee soon added Nottingham's second, finishing Matt Francis' pass from the inside left as the visitors went into a 2-0 lead before the first break.

The Caps were resilient at the back to what the Panthers were throwing at them and even when they were down in numbers on powerplays, they killed the penalties well.

A deadly David Clarke slapshot once again called Hiadlovsky into action as he captured it in his glove, but once again the Caps were breached again by another terrific effort.

David Ling found Eric Werner out on the wide left and the defenceman had time to control the puck and blast into the net as the home side found themselves three down without reply.

The final period didn't much many in the way of chances for the most part, but you sensed Panthers wanted to finish with a flourish in front of their hefty band of travelling supporters.

Needless to say, they got their big finish when Bruce Graham finished his own rebounded shot to increase the deficit to four with three minutes to go.

Then Francis swept home unassisted inside the final two minutes to clinch another two points on the road with a third game to come.

Afterwards, Edinburgh Capitals captain Martin Cingel said: "It's hard to take any positives when you don't get on the scoresheet and we made a couple of big mistakes.

"Now it's two games without a goal, which doesn't look good for us. We have to learn the lesson for Tuesday when we travel to Nottingham.

Caps forward Marcis Zembergs added: "We started well in the first couple of periods, but we need to start scoring again and I think when it comes, the confidence would come back.

"We can see the difference in quality when we play teams like Nottingham compared to the teams in our conference, but we need to be ready for every game no matter who we play."