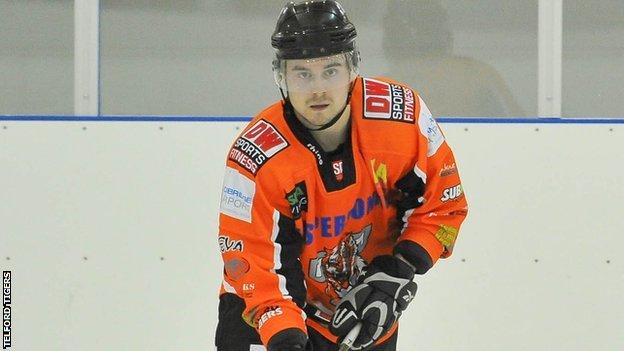 Telford Tigers have released forward Joe Henry for refusing to take to the ice during Saturday's 5-3 defeat by Bracknell Bees.

Tigers player-coach Tom Watkins claimed that he was left with little choice after 23-year-old Henry refused to play during the third period.

"It was unacceptable," said Watkins. "He really let his team-mates down.

"I decided to change the lines around and, for whatever reason, Joe decided he didn't want to play."

Watkins added: "I take that as being disgusting.

"Whether a coach or one of his staff tells you something, you get on with it and come and see me after the game."