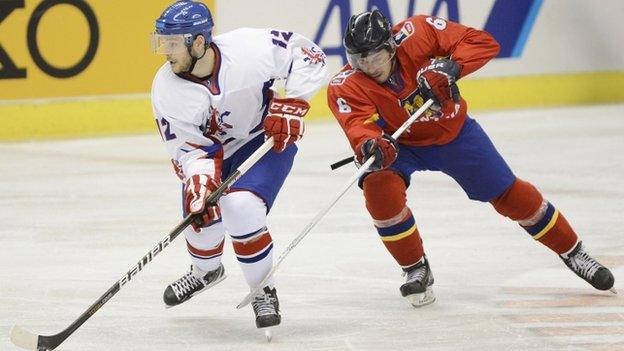 Tony Hand's side had lost on penalty shots to South Korea in their opening Group J match.

But they recovered to beat the Romanians thanks to goals from Leigh Jamieson, Ben O'Connor and Robert Dowd.

Jamieson and O'Connor struck in the first period while Dowd wrapped up the win seven minutes from time.

Netminder Stephen Murphy marked his 50th cap with a 17-shot shut-out while David Longstaff, who was presented with a special GB shirt and glass plaque before the game to celebrate his 100th international appearance, had two assists.

Hand said: "We dominated the game and fully deserved our victory.

"All the guys played their hearts out. They were fantastic and there were man-of-the-match performances all over the ice.

"We are very much alive in this tournament and hopefully this result has set up a thrilling final game against Japan."

GB play their final match of the tournament on Sunday against the hosts and that could be a winner-takes-all clash after they beat South Korea 3-2.

The group winners will travel to Germany in February for final qualifying ahead of the Sochi 2014 Games.