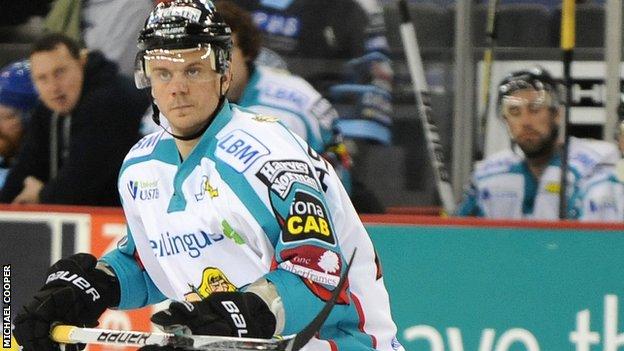 Former Belfast Giants player Kaspars Astasenko has died at the age of 37.

The defenceman, who was in the Latvian team at the 2002 Winter Olympic Games, played for the Giants towards the end of the 2010-11 season.

He had extensive experience in American and European leagues, and had a spell with Tampa Bay Lightning in the NHL.

"Kaspars was with the Giants only for a short time, but he made a big impact with his team-mates," said the Belfast club's general manager Todd Kelman.

"He played in the top league in the world when he was 20 years old.

"He was a great guy and an excellent team-mate, popular with the guys and always smiling.

"This is very sad news and our thoughts and prayers are with his family at this time."