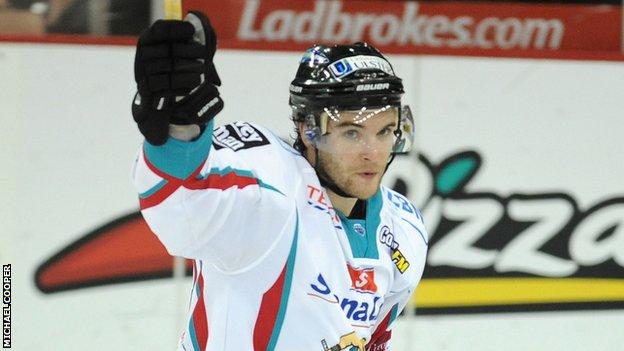 After Friday's 5-2 win in Dundee, the Giants again produced top form on Saturday on their home ice.

Belfast's win maintained their three-point lead at the top of the Elite League table which was established by Friday's win over Dundee.

The second-placed Sheffield Steelers defeated the Braehead Clan 7-2 to maintain their two-point gap over third-placed Nottingham Panthers, who shut out the Cardiff Devils 5-0.

In Saturday's other games, the Coventry Blaze defeated the Dundee Stars 6-0, while the Fife Flyers prevailed 3-2 against the Hull Stingrays after a penalty shoot-out to move above their opponents.

In Friday's game in Dundee, Sami Ryhanen gave the Scottish hosts an early lead before the Giants hit back with four goals.

Garside, Andrew Fournier, Lloyd and Mason were on target before Mike Wirll pulled one back to give Dundee hope.

Peacock added a fifth for the visitors to seal victory.

The Giants will be next in action at home to Nottingham Panthers in a league clash on Friday at the Odyssey Arena.