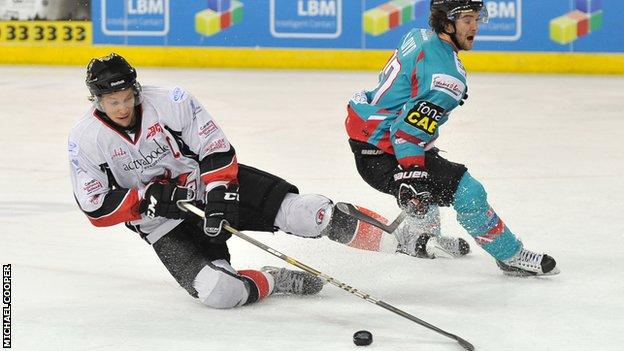 Belfast Giants moved back to the top of the Elite League as they came from behind to beat Cardiff Devils 4-1 at the Odyssey Arena on Friday night.

Jesse Gimblett gave Cardiff an early lead but goals from Andrew Fournier and Jeff Mason had the Giants ahead before the end of the first period.

After a goalless second period, Mark Garside and Scott Champagne added further goals for the Giants.

Belfast will be in action again against Nottingham Panthers on Sunday.

The Panthers could go into Sunday's game back on top of the table as they take on Hull on Saturday evening.

Champagne's late goal on Friday came in the closing stages after Cardiff had chased the game by withdrawing their keeper.