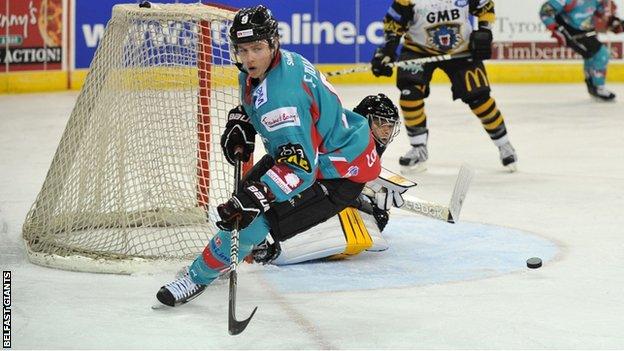 The Canadian is likely to make his Giants debut in Friday's Elite League clash against Coventry Blaze.

Fournier will undergo surgery on Friday for a shoulder injury that he picked up earlier this month.

He has been scheduled for surgery for a couple of weeks but played through the pain barrier in both Belfast games last weekend.

"He was in a lot of pain all weekend but played through it to help the team.

"We will miss him in our line-up. It is expected that he will be able to play in March.

"I am sure everyone at the Giants will help support him as he has surgery an ocean away from home at Christmas."

Christiansen added that Saurette, 32, was a target of the Giants last summer before he elected to move to ESV Kaufbeuren for a second spell.

"When I learned that he might be available, we jumped at the chance," said Christiansen.

"He skates extremely well and is a player who can help us on the powerplay and penalty kill."