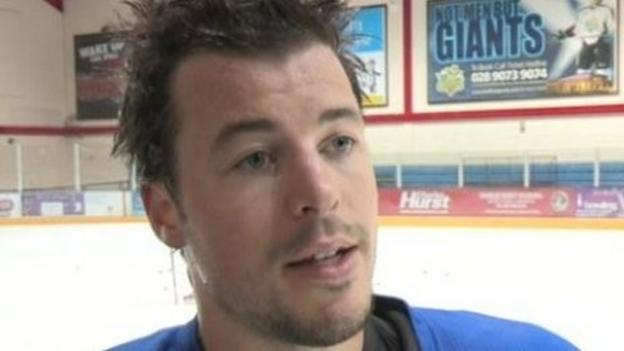 Belfast Giants have released Scott Champagne with the forward set for a move to Sheffield Steelers.

The arrival of Colin Shields, Jeff Mason and Kevin Saurette means the Giants exceed the EIHL import limit, forcing them to release a player.

The Canadian joined the Giants in August after scoring 39 points for Nottingham Panthers last season.

"He's done everything I have asked and I know he will have success elsewhere," said Giants coach Doug Christiansen.

He added: "I would like to thank Scott for his professionalism and work ethic this season.

"He is a great team-mate and player. I hope 2013 brings him success on and off the ice."