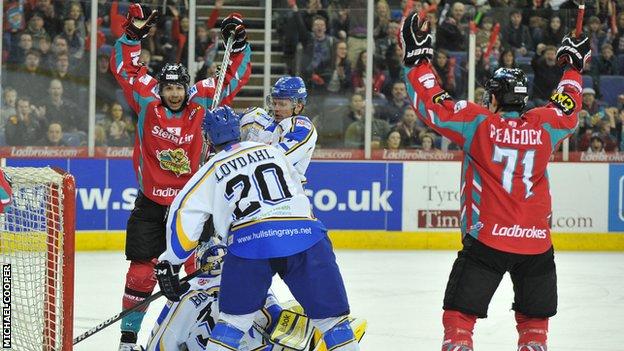 Belfast Giants are to have a new owner with Jim Gillespie selling his stake in the team to American businessman Christopher Knight.

The new owner is taking a 100% controlling share of the team.

Knight has had a successful career in the telecommunications industry and has been regularly attending games at the Odyssey Arena in recent times.

Gillespie took over as Giants owner in 2003 and played a key role in restoring financial stability to the club.