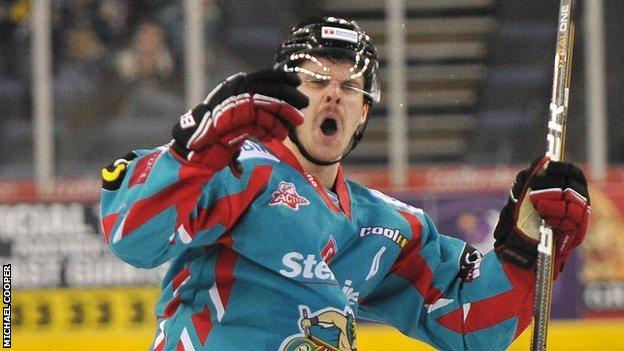 Five Belfast Giants players have been named in a preliminary 32-man Great Britain squad for next month's final Olympic qualifying event in Riga.

The squad will be trimmed back to 22 following a two-day training camp in Manchester on 21/22 January.

Britain will be up against the hosts, France and Kazakhstan in Latvia.

"The camp will give us a great start in our preparations for Riga," said Hand.

"It will not only give us chance to work on tactics, but will also be a great bonding exercise for the squad.

"By naming a 32-man squad, it gives me chance to look at a number of players who weren't in the final squad last time. This is also a great exercise for team morale."

The British team, currently ranked 21st in the world, will travel to Riga as the lowest-ranked side in a group with 11th-placed Latvia, as well as France (14th) and Kazakhstan (17th).

Only the group winners will qualify for the 12-team competition in Sochi.

Great Britain won the gold medal at the 1936 Winter Olympics in Garmisch-Partenkirchen, Germany, but have not appeared at the Games since 1948.