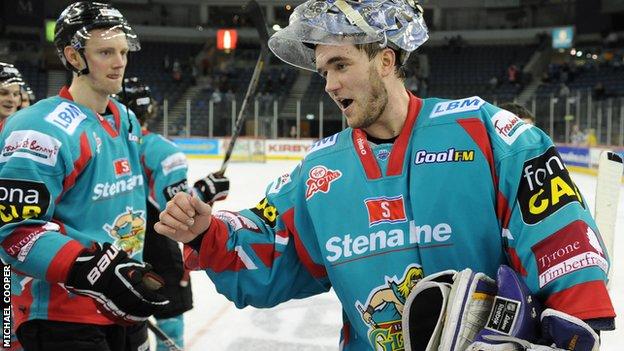 Belfast Giants netminder Garrett Zemlak was his team's man of the match as he achieved a debut shut-out against his former Fife Flyers team-mates.

Colin Shields put the Giants into the lead in the fifth minute of Wednesday's Elite League clash at the Odyssey.

In the second period, Kevin Saurette fired in number two for the second-placed Giants after Noah Clarke's pass.

Darryl Lloyd made it 3-0 in the third period with netminder Pitton taking the award as Fife's man of the match.

The Giants are on the road this weekend, playing Nottingham Panthers on Saturday and Coventry on Sunday.