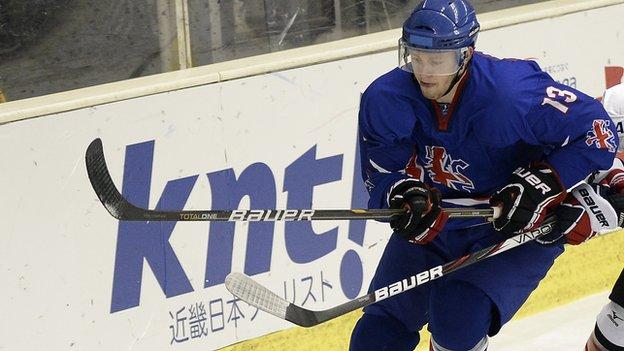 Britain's ice hockey coach Tony Hand believes he has assembled one of the best teams he has ever worked with.

After naming the squad that will attempt to qualify for the Olympics for the first time since 1948, Hand said the side could defy their underdog status.

"I believe this is a very competitive squad and one of the most talented GB squads I have ever known," said Hand.

Team GB must win a four-team tournament in Latvia to qualify for Sochi 2014.

Currently 21st in the world, GB will face their Latvian hosts, France and Kazakhstan, all ranked higher in the global standings, from 7-10 February.

Team GB coach Hand added: "We are going to Latvia as the underdogs and I am sure most people in the ice hockey world don't expect us to qualify.

"But this is the most close-knit squad I have worked with and they believe in their own abilities.

"There is no doubting that it is going to be tough but we are going out there and will do Great Britain proud."

Earlier this week it was revealed that the British team had been handed a grant of just over £63,000 from the International Olympic Committee to help meet the cost of training and travel.