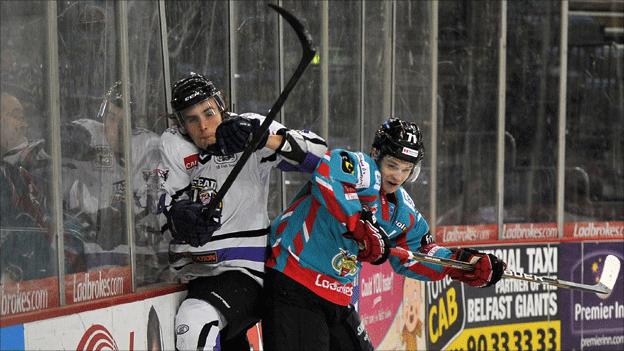 The Belfast Giants' Elite League hopes suffered a setback with a 6-2 defeat at the hands of Braehead Clan at the Odyssey Arena on Friday night.

Goals by Robert Farmer and Ash Goldie put Braehead 2-0 ahead after the first period and Toms Hartmanis and Jade Galbraith extended the visitors' lead in the second period.

Will Colbert and Colin Shields scored for the Giants in the third period.

But Hartmanis and Goldie both scored their second of the game late on.

The Giants remain two points behind leaders Nottingham Panthers, with a game away to Edinburgh Capitals to come on Saturday night.