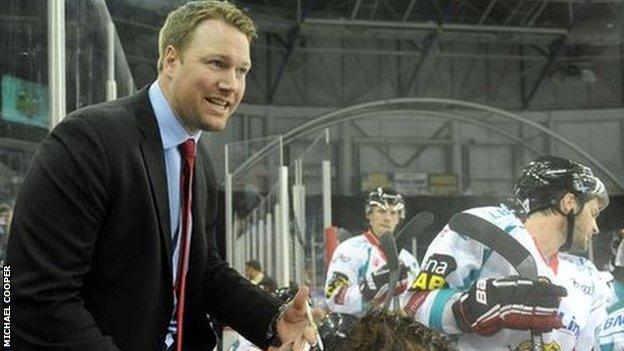 Belfast Giants were defeated 5-1 by Nottingham Panthers in the Challenge Cup semi-final first leg in England.

Matt Francis put the hosts ahead at the National Ice Centre after 14 minutes and Dave Clarke doubled the lead early in the second period.

Kevin Saurette pulled one back for the Giants on 31 minutes before Francis netted again eight minutes into the third period.

Late strikes from Robert Lachowicz and Clarke completed the rout.

The second leg at the Odyssey Arena is on Tuesday, 26 February.