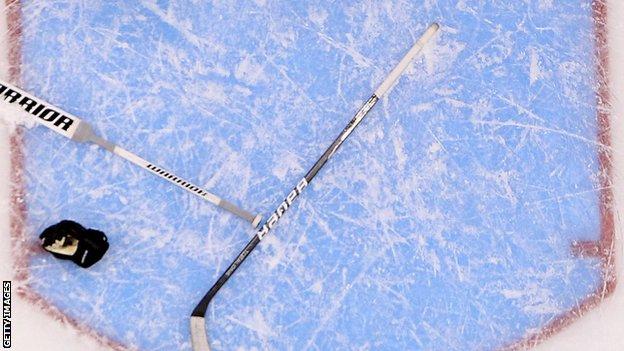 Braehead Clan's play-off hopes are hanging in the balance after suffering their seventh consecutive league loss to Belfast Giants.

With matches running out, it seems the Clan can't buy a win right now and this was the latest in a line of matches that left home fans frustrated.

Paul Gardner's men sit bottom of the Elite League and failure to beat Fife Flyers and Dundee Stars in their next two home matches this week would effectively kill them off.

But this performance showed that Braehead's confidence is shot to pieces right now at the most inopportune time.

The defence has been an ongoing problem, but when the club's front men are having no luck in front of goal then it becomes a grave situation.

Braehead had chances from Ash Goldie and Matt Schepke in the early stages, however Stephen Murphy in the Belfast goal had them covered.

Andrew Fournier opened the scoring for the visitors, finishing a one-timer from Chad Langlais' forward pass, which was questionably offside.

Matt Hanson pulled one back for the home team with a slapshot, beating Murphy on the diagonal.

But Braehead's joy was short-lived as Brock Matheson's shot from the blue line left netminder Daren Machesney beaten as the Giants restored their two-goal lead.

The home side's evening grew increasingly worse as the Northern Irish side, second in the EIHL table, stepped up a gear.

Fournier grabbed his second, turning in a Sam Roberts shot from close range as the Giants started to impose themselves on the score as well as their opponents.

Then Darryl Lloyd made it 5-1 to compound the misery as he struck from outside the crease and Braehead were beaten once again.

Machesney was switched for back-up netminder Mike Will after Belfast's fifth goal as the home side tried something different although the damage had been done.

Matt Haywood bundled one on in for Braehead from Brock McPherson's pass shortly after, giving a flicker of hope.

However, Fournier completed his hat-trick in the third period, which began from a Ladislav Benysek error to apply the icing on the Belfast cake and a comfortable two points for them.

Braehead coach Gardner said afterwards: "We let two stoppable goals in after matching them in the first period in and the momentum was lost for us after that.

"We just don't have the depth that teams like Belfast have and despite our guys working hard, it's showing in the scoreboard.

"We know it's do or die now and it's got to the stage where we're looking for that one win to lift the mood and restore some badly needed confidence that can get us through."