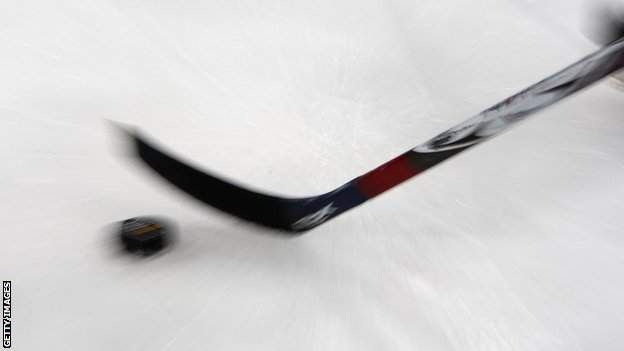 Edinburgh Capitals are out of the Gardiner Conference running following a 4-2 loss to Fife Flyers, but can clinch a place in the play-offs if they beat Dundee Stars twice next week.

The regular season ends next Sunday, but after this weekend's round of games, we're no closer to knowing just who will reach the final eight.

However, Fife Flyers did their chances the world of good as they beat their local rivals twice over the weekend to give their chances of qualifying a massive boost.

They opened the scoring when Kris Hogg got on the rebound after Caps netminder Tomas Hiadlovsky couldn't hold Derek Keller's shot from just inside the blue line.

Edinburgh, after losing 5-1 to the Flyers on Saturday, needed to get into gear and did so as the period continued with Bryan Pitton tested on a few occasions.

Chances from Curtis Leinweber and Richard Hartmann forced the Fife goalie into action as the Capitals stepped up their game in reaction to the goal lost.

When the equaliser came, it was well deserved as Hartmann came forward and kept possession of the puck, looking for a team-mate to lay off to.

Support came in the form of Leinweber, who gave him it straight back and the Caps player-coach found the net with his shot.

Fife had the better of the second period with numerous chances peppered in and around Hiadlovsky's crease.

And they got their reward when a shot from Jason Pitton sparked a scramble and it was Podge Turnbull who poked in the rebound.

More chances came, with Keller trying one from the edge of the Caps zone, with Hiadlovsky catching well, but the visitors couldn't increase their lead in the second.

The visitors looked comfortable in the early part of the third and never seemed in any danger. However, Jade Portwood poking in from Leinweber's assist soon changed that mindset.

Then Turnbull added his second of the game with a terrific shot that seemed to loop over the Edinburgh goalie's shoulder and into the net.

Chaumont struck the post in the closing stages, but Fife had claimed the two points by that point.

Fife coach Todd Dutiaume said afterwards: "We were in the doldrums for a few games there and there was no option for us other than to win this weekend and we did that.

"A four-point weekend was huge for us to terms of finding our confidence again as well as looking ahead to the play-offs."

Caps player-coach Richard Hartmann groaned: "What I want to say can't go out on radio or a newspaper, but I'm really disappointed that we didn't play our system.

"We didn't get over the result from Saturday and right from the first man down to the goaltending, they didn't do what was asked of them."