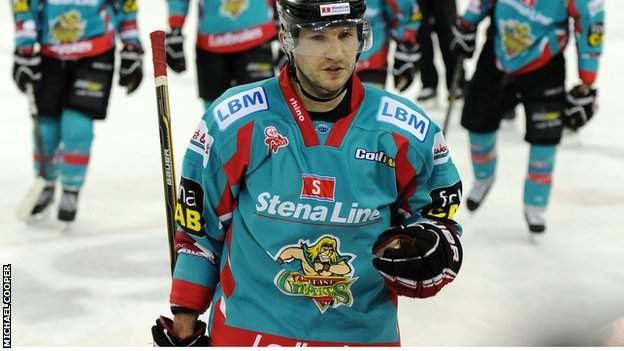 Belfast Giants completed the regular season with an Elite League victory over the Steelers on Sunday night.

Simon Ferguson put the hosts ahead on four minutes and Kevin Saurette levelled in the second period before Steven Geortzen netted for Sheffield.

The Giants finished second in the league and will face Edinburgh in the play-off quarter-finals next weekend.

Belfast will host the Capitals on Saturday night and then travel to Edinburgh on Sunday.

The win at the Sheffield Arena secured a weekend double for Belfast following their 4-2 away success over Coventry Blaze on Saturday night.