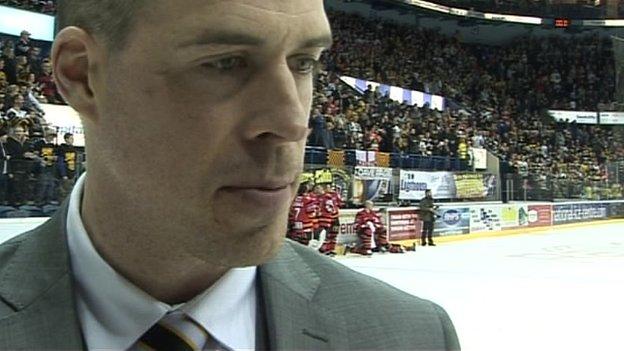 Panthers coach Corey Neilson was impressed with his side's response to falling behind inside 40 seconds in their Elite League play-off semi-final.

Nottingham recovered to lead Cardiff Devils 3-1 and although their opponents stayed in touch, the Panthers won 6-3.

"We could have gone a different way but the boys pulled together and got back," Neilson told BBC Radio Nottingham.

"I was really pleased with the whole performance of the team."

Neilson also paid tribute to Bruce Graham, one of two hat-trick heroes, along with Matthew Myers.

"Bruce is a top-end finisher and scored some good goals. He has been one of our key guys all season and has done an excellent job."

"I just want to go and play good hockey," added Neilson. "We have done a good job against whoever has been against us.

"Hopefully we will be play against the team whose goalie will struggle against us."