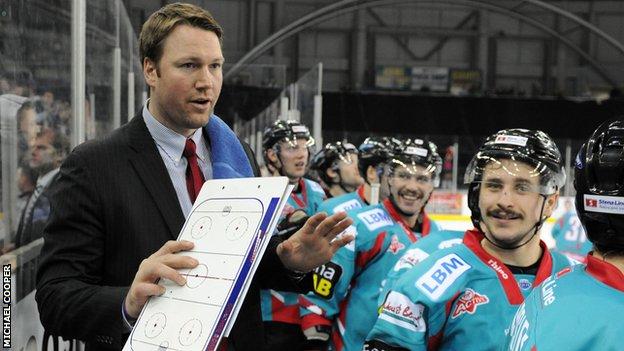 Belfast Giants coach Doug Christiansen paid tribute to his players after their 3-2 overtime defeat by Nottingham in the Elite League play-off final.

Belfast trailed 2-0 but hit back to level in the third period, only to lose to Jordan Fox's extra-period goal.

"I am a proud coach," Christiansen said. "I am so proud of this team. They have stuck together.

"But hockey is a cruel mistress. You win and lose some in overtime but I am so unbelievably proud of them."

He added: "Nottingham are a great team. They won the treble. They are an outstanding, well-coached team and they are clinical.

"But today is not about the powerplay, it is about the effort the players put in."