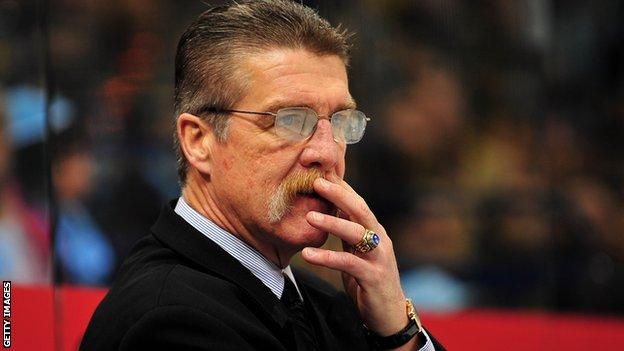 Braehead Clan have confirmed the departure of Paul Gardner three months after he was appointed as coach.

Clan were knocked out of the Elite League play-offs at the quarter-final stage, having finished eighth in the championship.

"We wish Paul all the best for the future," said a Braehead spokesperson.

"We are very disappointed with the results this season. The Clan should have been competing at the top of the table not the bottom."

The Renfrewshire-based outfit plan to make an announcement soon regarding the coaching vacancy.

"Next season we expect the team to be competitive with every team in the league as we seek to win at least one of the Elite League, Challenge Cup or play-off titles," added the spokesperson on the Braehead website.