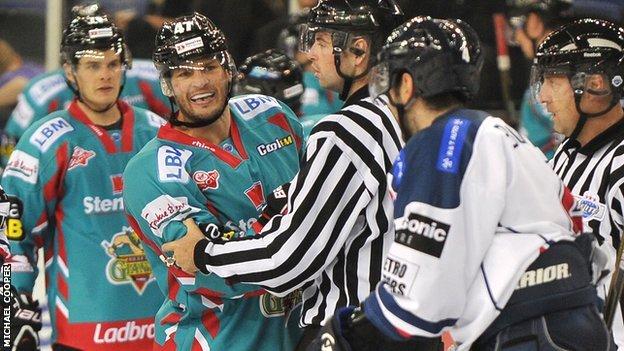 Belfast Giants captain Adam Keefe has signed for the Odyssey club for the 2013/14 campaign.

"He was the one guy I was particularly worried about losing as other teams know his value to the Giants," said general manager Todd Kelman.

"He is fearless and the perfect captain for the Giants."

Keefe finished last season with 11 goals and 13 assists for 24 points in 61 games.

He also racked up 237 minutes in penalties, third overall in the Elite League.