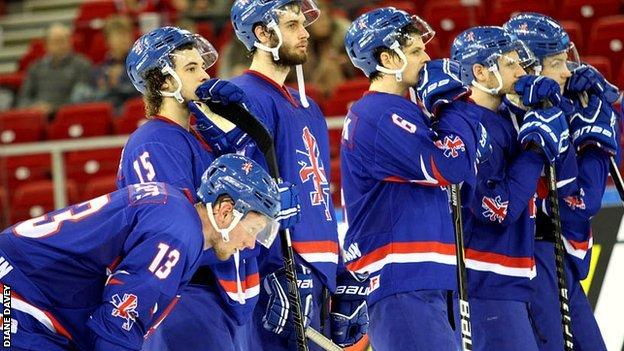 Great Britain were relegated from ice hockey's World Championship Division 1 with a 4-1 defeat by Korea in Budapest.

After losing their first four matches at the tournament, a superb wrist shot from Robert Dowd gave Britain hope against the Koreans.

Matthew Myers and David Clarke then both hit the post before Sanghoon Shin levelled after 23 minutes.

Goals from Jiman Yoon, Brock Raadunske and Kisung Kim condemned coach Tony Hand's side to life in Division 1B.