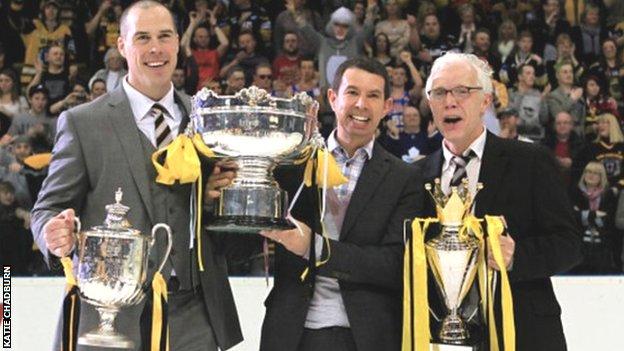 Nottingham Panthers owner Neil Black says he is placing a very high importance on the club's participation in this season's Continental Cup.

Panthers qualified by winning the Elite League and will now host round two.

The four-team European tournament will take place from 18-20 October at the National Ice Centre.

"Right up there is that we should be doing well in these tournaments to raise the profile of British hockey," Black told BBC Radio Nottingham.

"It's important for us is to retain the league title which took us so long to win.

"But European tournaments will help us attract better players, so it is very important too."

Nottingham won the right to host the tournament following a IIHF meeting in Budapest last weekend.

Panthers will host The Hague from Netherlands, Latvia's Juniors Riga and a qualifier from round one in Group B of the competition.