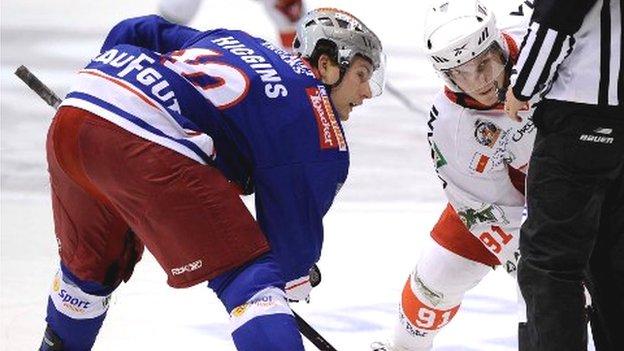 Belfast Giants have added forward Chris Higgins to their roster after signing the American on a one-year deal.

He has posted 27 goals and 39 assists, for 66 points in 95 games played over the last four seasons.

"He's a fantastic, explosive skater and is excellent on the powerplay," said Giants coach Paul Adey.

"Chris is a good team-mate who plays for the side which will add to the team chemistry that is already in place," added Adey.

"He is still to perform to his full potential and I believe he will show exactly what he is capable of when given the opportunity in Belfast this season."

Higgins is a Boston University Hockey Alumni and totalled 49 goals and 133 points overall in four seasons with the team.

He will be making his debut in the Elite League for the Giants, although he has experience in European ice-hockey with Ritten of Italy in 2010/11 and Swedish side Tingsryds the following season.