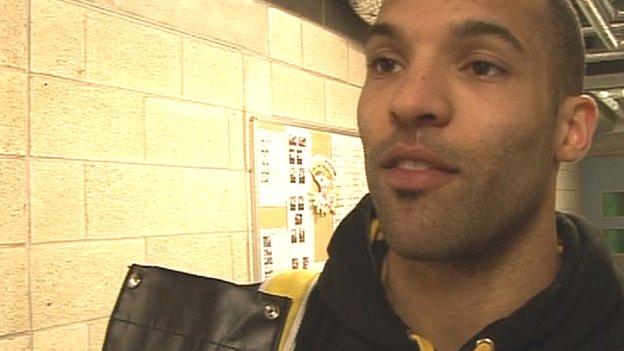 Panthers, who won the league, cup and play-offs, begin the new campaign with matches against Hull and Sheffield.

Clarke told BBC Radio Nottingham: "You still get that desire and passion to go and lift more.

"The day you don't feel that, you shouldn't be playing, but we have a lot of hungry guys that's for sure."

Panthers host Hull Stingrays at the National Ice Centre on Saturday in a game which counts for points in the league and Challenge Cup, before travelling to Sheffield on Sunday for a cup match only.

Clarke, who is celebrating his 10th season at the club with a testimonial, captained the side for the first time back in 2006-07.

That year he led the Panthers to their first play-off success for 18 years, before leaving for a season in Italy.

"It is a huge honour again to be captain," Clarke said. "We have got a lot of leaders on the team this year, very much like last year.

"I have matured a lot since last time I was captain six years ago.

"You learn a lot, you play under different captains and you play with some fantastic hockey players who are great people.

"You take little bits from their leadership qualities and try to put it into your own."