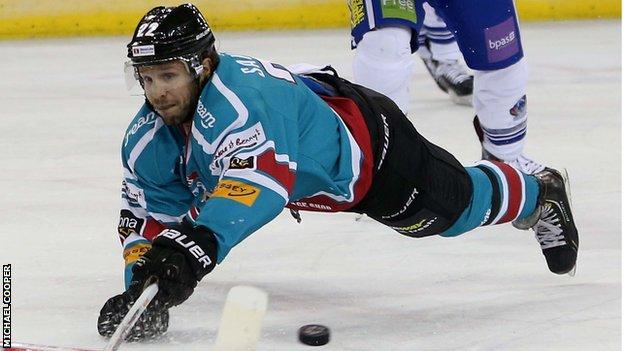 The Belfast Giants achieved their third win in Cardiff this season to move two points clear at the top of the Elite League table.

The in-form visitors took the lead in the 25th minute through a penalty shot skilfully scored by Kevin Saurette past Devils keeper Daniel Lacosta.

Jeff Szwez made it 2-0 for the Giants on the powerplay just after Matt Myers had been sin-binned.

Andrew Lord got a goal back for Cardiff on 49.19 when they were short-handed.

Late on, with Belfast's Jeff Mason in the bin, the Devils piled on some pressure but could not find an equaliser.

Giants skipper Adam Keefe received a match penalty, when his side were leading 1-0, for checking to the head of Andrew Colboy who needed to be helped from the ice for medical treatment.

Keefe is now in danger of picking up a suspension from the league's disciplinary chiefs.

Belfast, who have won eight of their 10 matches in the Elite League this season, now face Sheffield Steelers away on Sunday.