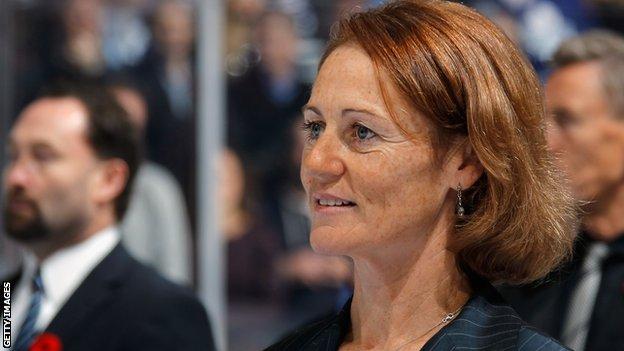 Northern Ireland born Geraldine Heaney has been inducted into the International Ice Hockey Hall of Fame.

Heaney was a one-year-old when her family emigrated from Co Armagh to Ontario in Canada.

The former Toronto Aeros defenceman made 125 appearances for Canada and won an Olympic gold medal in 2002.

Heaney, who was born in Lurgan in 1967, is the third woman to be inducted into the Hall of Fame following Angela James and Cammi Granato.