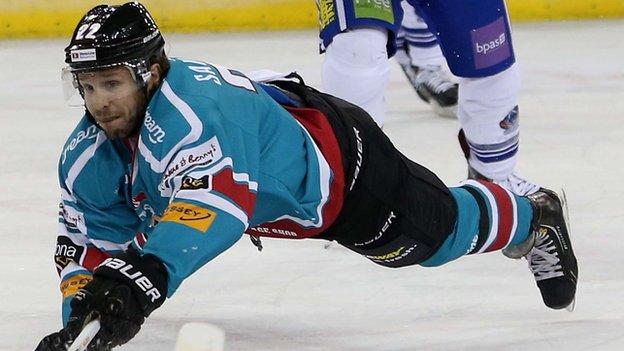 The Giants were 3-2 up after the first period and then remarkably scored seven without reply in the second.

Kevin Saurette scored four for the visitors with Jeffrey Szwez also chalking up a hat-trick.

Saurette was named man of the match for his four goals and one assist.

The big win for the Giants follows their convincing 7-2 victory over the Welsh club at the Odyssey Arena on Saturday night.

The Giants are 13 points ahead of second-placed Dundee Stars who beat Scottish rivals Fife Flyers 4-2 on Sunday.