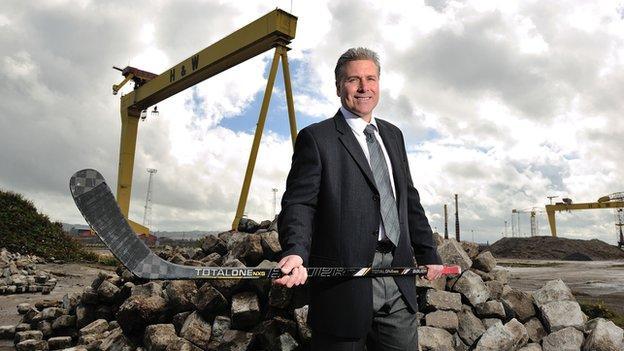 The Giants travel to Wales after hammering the Devils at the Odyssey in last week's first leg.

"We have to treat this as a normal game - it's important we don't sit back because if we do that we could easily ship a few goals," said Adey.

"We just have to play the same way we've played all year, hard and smart."

The Giants have won six of the seven league meetings with the Devils, the only defeat coming in a penalty shoot-out.

In the last three clashes, all within the past three weeks, the Giants have outscored the Welsh side 25-7.

"Dave has lots of experience and I would expect a positive response from the Cardiff players," added Adey.

"Personally I think it's a great move for Cardiff."