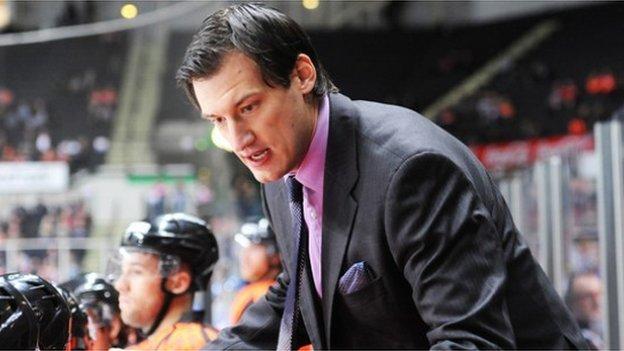 He replaces Swede Matt Soderstrom, who has been removed after less than a season in charge, in which Coventry stand eighth in the Elite League, well behind third-placed Sheffield.

Backed by the Corporation

After moving back to North America to launch his post-playing career, Lefebvre coached both the New York-based 1000 Islands Privateers and the Dayton Demonz to the same federal Hockey League title, before being brought back to England by Doug Christiansen to join Sheffield at the start of this season.

But stepping into Thompson's shoes has not proved easy. And, although Coventry are only eight points adrift of second-placed Braehead, who trail runaway leaders Belfast by 20 points, Sunday's 5-1 defeat at Sheffield persuaded the Blaze to make a change.