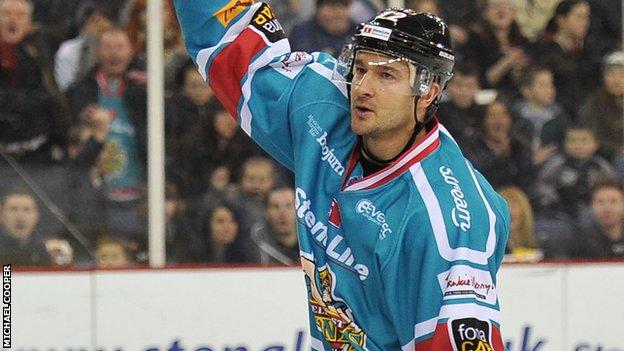 Belfast Giants will aim to secure their second trophy of the season on 25 March when they face Nottingham in the second leg of the Challenge Cup final.

That game will take place at the Panthers's home venue four days after the first leg in Belfast.

The league game between Belfast and Nottingham originally planned for 21 March at the Odyssey Arena has been rescheduled for 12 March.

Belfast will also host Nottingham in a further Elite League game on 22 March.