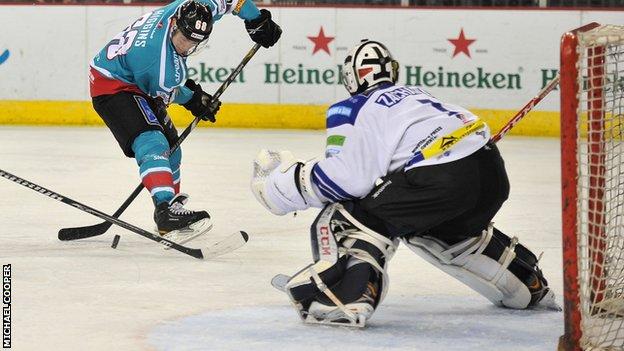 Belfast Giants completed a double over Coventry Blaze thanks to two late goals in Saturday's 3-1 win at the Odyssey.

Evan Cheverie made it 2-1 to the hosts 17 minutes into the third period and Jeffrey Szwez sealed victory with 15 seconds remaining.

It followed a 7-4 win over the Blaze on Friday night.

The Giants, who secured a fourth league title last weekend, have now won their last 13 matches.

Paul Adey's team will face Nottingham Panthers in a two-legged semi-final next month as they try to add the Challenge Cup to their league success.