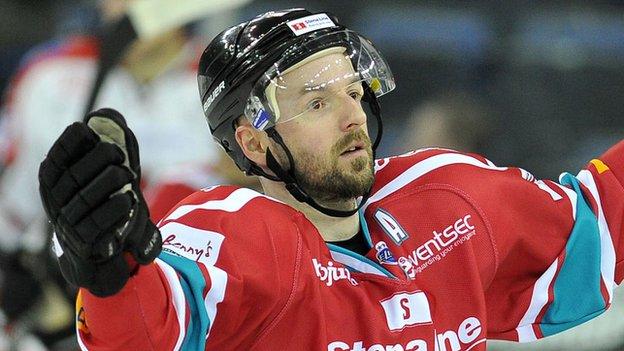 The Belfast Giants saw their 16-match winning run come to an end when the Sheffield Steelers claimed a 5-4 shoot-out victory on Sunday night.

Two goals by Colin Shields and other scores by Robby Sandrock and Kevin Saurette had the already-crowned champions 4-1 up in the second period.

Jeff Legue scored twice in the third to force the overtime and Chris Blight netted the decisive shoot-out score.

The Giants are in action on Wednesday when they host Nottingham Panthers.