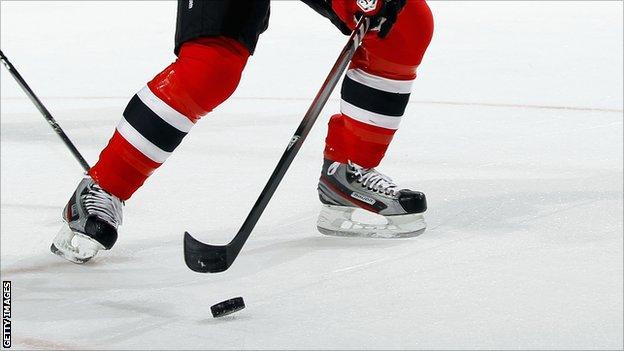 The National Ice Hockey League Two champions Oxford City Stars say they will seek clarification on the future structure of the First Division before deciding whether to agree to promotion.

The Stars secured the title for a second successive campaign on Sunday.

But they are unsure whether they will play at a higher level next season.

"Until the National League structure is confirmed we are unable to confirm which division we will compete in," the club announced in a statement.