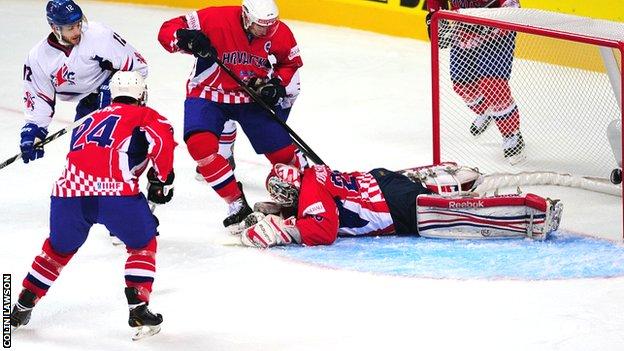 Great Britain began their World Championship campaign by losing 4-0 to Croatia in Lithuania.

Goals from Michael Novak, Alan Letang and two from Dario Kostovi gave Croatia victory in the Division 1B match.

Britain have four more group matches over the next week as they look to make an immediate return to Division 1A following relegation last year.

"I am very disappointed with the outcome but I tip my hat to Croatia," said GB coach Doug Christiansen.

The coach, who is in charge for his first tournament since replacing Tony Hand, added: "They were outstanding and buried their chances.

"In the first and second periods, we had lots of opportunities and got pucks to the net, but we did not win battles at the net.

Britain will face Romania in their next match on Monday.