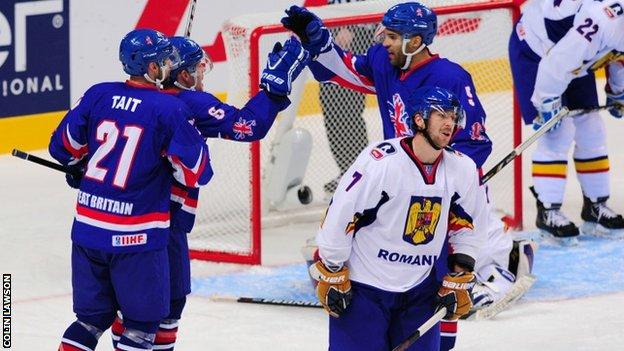 Great Britain recovered from their opening World Championship defeat to beat Romania 4-1 in their latest Division 1 Group B match in Lithuania.

Ben Davies, Jonathan Phillips and Colin Shields earned a 3-0 lead before Otto Biro scored for Romania and Mark Garside added a fourth to make amends for Sunday's 4-0 loss to Croatia.

Britain play three more matches before Saturday as they seek promotion to Division 1A after relegation last year.

They next play Lithuania on Wednesday.

"It was really a matter of going out and executing. A win's a win and we will take it and move on to the hosts on Wednesday."