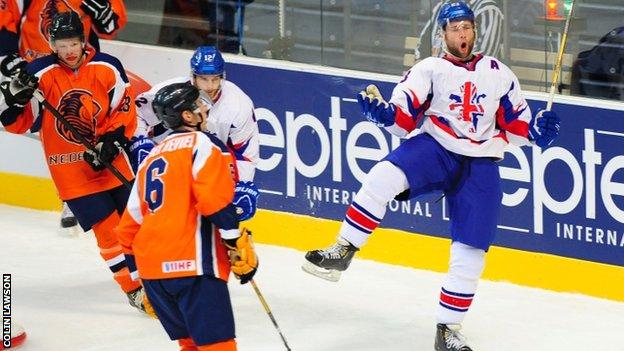 Great Britain beat the Netherlands 4-3 in their latest World Championship Division 1 Group B outing in Vilnius.

Britain cannot be promoted to Division 1A, but the win means they could still secure the group bronze medal.

Colin Shields and David Clarke put Britain into a 2-0 lead after only 51 seconds, but the Dutch stayed in touch.

A Britain victory on Saturday over the Poles, who have won the group with four wins out of four, and a win for Lithuania would see Doug Christiansen's side move past Croatia into the bronze medal position.

"We have played better in this tournament and lost, so we will take a win any way it will come," said head coach Christiansen. "A bronze medal is still a possibility and the boys have set their sights on."