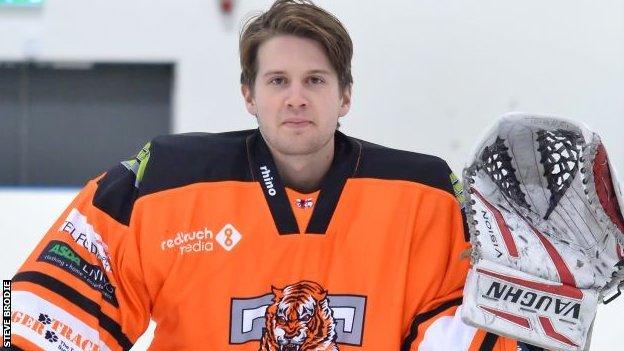 Murdy spent three months on loan with the Premier League club at the end of last season.

The 23-year-old told the club website: "It was an easy decision to make, as soon as I heard I was wanted back at the Tigers, I said yes.

"From when I joined the club halfway through the season, I have felt really welcome."

His arrival follows the recent signings of defencemen Rupert Quiney and Sam Zajac.