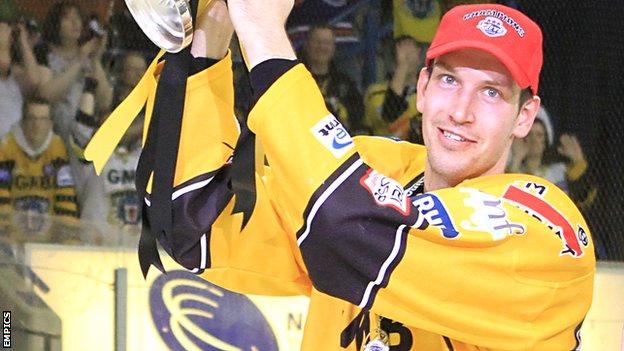 Canadian forward Bruce Graham, who helped Nottingham Panthers win the treble in 2012-13, has re-signed for the Elite League club.

The 28-year-old spent last season back in North America for family reasons and won the play-offs with CHL side Allen Americans.

Panthers head coach Corey Neilson said: "He is in the prime of his life.

"Bruce is great in both ends of the ice, he has a great engine and is a great person."

Graham first joined Panthers in June 2012 and went on to help the club win the Elite League title, Challenge Cup and play-offs in the 2012-13 season.

The forward scored 40 goals for the National Ice Centre-based club and was named on the Elite League's First All-Star team.