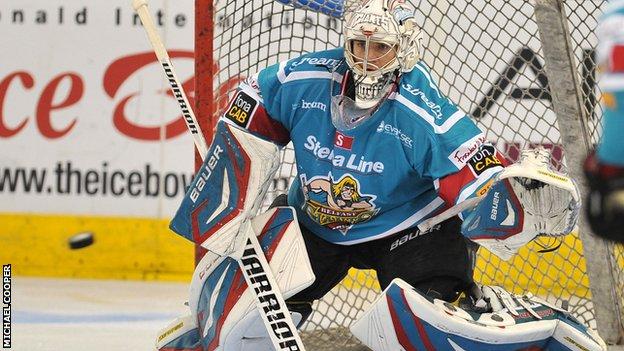 Stephen Murphy has signed on for a sixth straight season with Elite League champions Belfast Giants.

The GB netminder was a key player for the Odyssey club last season as they won the title with 10 games to spare.

The news is a welcome boost following the departure of general manager Todd Kelman last week.

Kelman left to become part of a Canadian consortium that is buying their league rivals Cardiff Devils.

Murphy has been named Best British Netminder for the past six years and conceded an average of just 2.28 goals from his 56 games last season.

"He has been the backbone of this team for a number of years, helping the Giants to two league championships in the last three seasons and he is a great teammate," added Thornton.