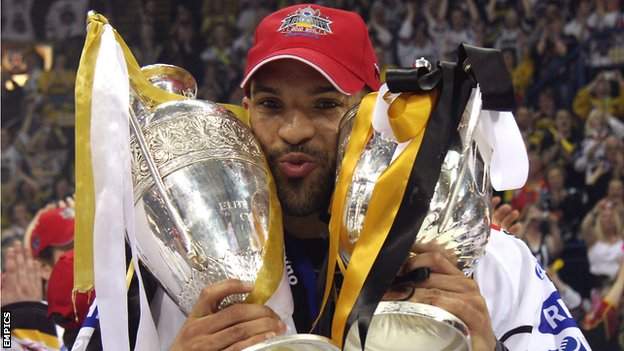 Nottingham Panthers captain and longest-serving player David Clarke has extended his deal with the club.

The 32-year-old's contract was due to expire at the end of next season - his 11th year at the club - but the length of his new deal has not been revealed.

Clarke told the club website: "I am happy to be back and keep part of the winning tradition and build on our previous successes.

"To extend the deal I am thrilled, it is great for my family."

Clarke began his second stint as Panthers captain last season as he celebrated 10 years at the club with a testimonial.

The Panthers won the Challenge Cup final for a fifth season in a row after a remarkable comeback victory over Belfast Giants, after losing the first leg 5-2 in Northern Ireland.

Clarke underwent shoulder surgery this summer but remains confident he will be fit for the new season.

"We are battling and I am working with physio Scott Pondall to be ready for the start of August," he added.

"We will keep going and make sure I am back as quick as possible.

"There are exciting times ahead for this club for sure and my goal is to be out there from the start of the season."