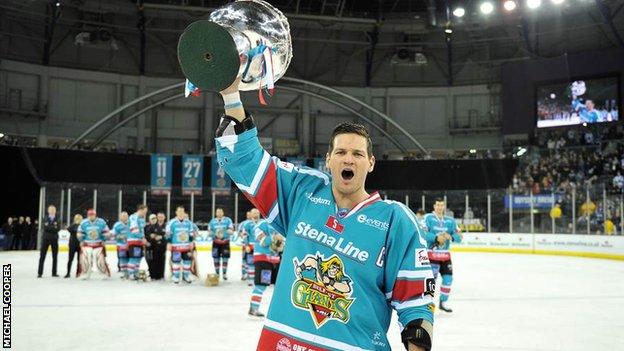 Belfast Giants will begin their defence of the Elite League title away to Dundee Stars in the opening game of the season on Friday, 5 September.

The Giants will stay in Scotland for Challenge Cup games with Braehead on Saturday and Edinburgh on Sunday.

On Sunday its Cardiff v Sheffield in the Challenge Cup with Coventry v Fife and Hull v Braehead in league games.

The Challenge Cup will remain as two groups of five, followed by two-legged quarter-finals and semi-finals, with a stand-alone final at the Motorpoint Arena in Sheffield on 8 March next year.

Group B is made up of Cardiff, Coventry, Hull, Nottingham and Sheffield.

The final games of the regular season will take place between Friday 20 and Sunday 22 March 2015, with the play-offs commencing the following week.

Play-off finals weekend at the National Ice Centre in Nottingham is on Saturday 4 and Sunday 5 April 2015.

Nottingham are in Champions League action on the opening weekend of the regular season.

Their first domestic match of the season is 13 September, when they host Cardiff.