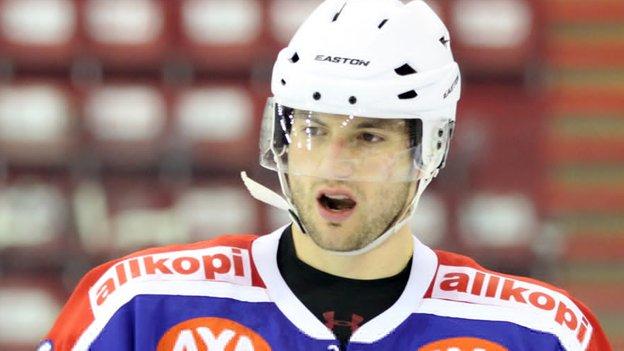 The 30-year-old played 145 games in the American Hockey League and has spent the last four seasons in Europe.

McCutcheon has been signed to add speed and grit to the Giants' offence and will wear the number 21 jersey.

The Giants' head of hockey operations Steve Thornton said: "he's a complete player, he'll get stuck in and will make players around him better".

McCutcheon, from Ithacha in New York, spent two years with HC Bolzano of Italy where he won both the Italian Supercup and the Italian National Championship.

Last season he played with Valerenga of Norway and Danish side Aalborg. He is the son of former NHL head coach Brian McCutcheon.

Steve Thornton believes he has the quality to enhance the Elite League champions' bid for more silverware in the coming season.

"He's a player who I've been speaking to for quite a while.

"He's a winner who led his team in Italy to a championship. He thinks the game well and he's a guy who we were really keen on bringing to Belfast."

The Giants open the new season at home to the Cardiff Devils on Saturday 30 August.